My drawing (Accepted to University of Chicago) 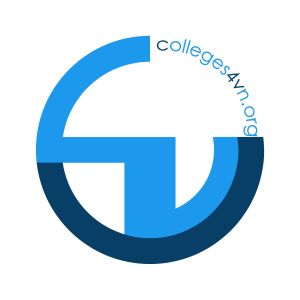 I wanted to draw in the rain. It was not really rain, just a lot of people in raincoats trying to make each other believe that they were hiding from the sky for a reason. Well, maybe it was a bit wet, but no one seemed to notice that there were many more people on the streets than there would have been had it really been raining. Real rain would drown out the city with noise, wash pigeons into drains, sweep cats straight into the river, tip over garbage cans and float the trash away, and leave red marks wherever raindrops hit bare skin. This barely had distinguishable drops; there seemed a strange continuity to this rain, as if it were an extraordinarily dense mist, or a very airy river that was flowing out of the sky and oozing onto the ground rather than, as real rain would have done, attacking the ground like a machine gun.

It wasn’t even dark. When I came out of the school building I had to blink my eyes, to let them adjust, in exactly the same way that I had almost every day since school had begun. I had my umbrella open, of course. Everybody had their umbrellas open. Everybody was wearing a raincoat, too. Everybody was hunched forward, shoulders tensed. None of them cast a shadow, but that was their own fault. Of course, I had no shadow either. Was I afraid of embarrassment?

Yet this light, from a sun ineffectively hidden by translucent clouds, was interesting in a way. When figures are equally lit from all directions, they become weird creatures, gray and colorless without becoming less lively. It was the illusion of rain that made them less lively. I thought about how I could draw objects without shadowing, how to describe contours on a uniformly gray mass.

Looking up, I was distracted by the view down the street. If drawing objects without details seemed hard, how much harder would infinite details be? As I liked down the street, and the facades of building formed unreproduceable angles toward the horizon, and the windows were placed in patterns so complex that it would take days to sort them out, and every iron railing on the steps was a work of art, I felt like crying.

I was quiet. Around me the city was unhurried but loud, except at moments when it grew silent and rushed past me. I felt the urge to paint the whole scene with one explosive stroke of a brush. It was clear before me, a true vision calling me out to be expressed, by the sudden release of boundless energy his vision could be communicated to the world. I didn’t move. The energy was there, perhaps, but only if it were controlled and manipulated could this vision, if it were such, be expressed. That was the root of real power. The people I know who are powerful intellects all have this ability: to sustain their energy over extended periods, directing it to their purpose.

Only at rare moments do I feel intellectually powerful enough to sustain an artistic vision over the time that it takes to actually execute a drawing. Only then the execution itself requires a further insight can I remain in the state of excitement that the original idea provokes. As I improve in skill I find that this further insight happens more and more often, for I am more able to approach each line, each brush stroke, with renewed spontaneity.

In writing, this spontaneity is easier to achieve, for it is more obviously necessary. Because any piece of writing is broken up into paragraphs and sentences, and by the progression of an action or an idea, it is impossible to conceptualize the entirety of a piece before it is physically written. At the very least, word and syntax choices must be made as they arise. At best, a work grows in the writing to be better than its conception. And because each word presents a new challenge, I often feel the excitement which prompts me to begin drawing only after I begin writing. As I write I build momentum and confidence, until I reach a peak of concentration. All barriers to achievement seem to melt before me, and words and ideas come forth.

It is at these moments that I feel intellectually and artistically powerful: subtle and sophisticated, exercising immense control over a boundless force.